The volcanoes is located in the Virunga area which is found in Rwanda which is referred to as the country of a thousand hills by different tourists. It has a wide range of mountains in the area where one can do their hiking from butt note that you can also hike within the cakes and the volcanoes National Park as well. Most of the hiking is done during the dry season because during the wet season it is almost impossible to hike due to the slippery hike trails in the area.

Hiking in the volcanoes is not for the faint hearted and you should be ready to take on the challenge once you get to Rwanda. There are various things that you will see on your hike and these include the wonderful scenery in the volcanoes, a great large number of butterflies, different bird species, Mountain gorillas, monkeys and other primates and not forgetting the Twa people who are believed to be the original inhabitants of the area.

The hikes in the volcanoes can be taken on different Mountains and in different places which have specified hike trails and below are some of the places where you can have your hike. 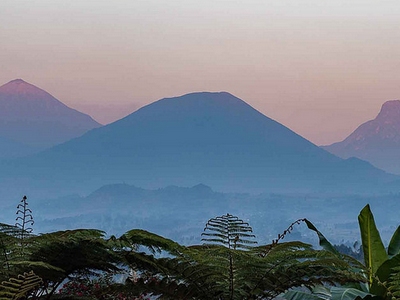 The hike on Mountain Karisimbi

Karisimbi Mountain also known as the white shell Mountain rises to a level of over 4507 meters and it is the highest fifth Mountain in the volcanoes. When you start the hike up the Karisimbi, you will need to pack a few clothes because it can get too cold in the night. They will provide a few hiking gears for you for a specific amount and you will start your hike in the morning with a trained tour guide.

The hike might take two days with the first day ending at a camping site where you will have to spend the night and continue to the summit on the second day. The summit is an experience you do not want to miss due to the fact that it is a snow caped mountain. The hike up the mountain is adventurous although tiring therefore you should brace yourself as you start the hike and the descent from the Mountain takes roughly six hours.

The hike on the Musanze caves

The Musanze caves are located near the Volcanoes Mountain and is one of the popular trails that people use for hiking. They are believed to be over a million years and were used by the previous Rwandan Kings ass places of refuge and it is where they kept their major supplies like food and water especially during the wars.

The ceiling of the cave has numerous bats which hide due to the darkness in the cave and they can only be seen if you use a flash light to the ceiling of the cave. There is a clear constructed path that leads to the caves and when you move to another side of the hike you will find that it is like moving from the darkness into the daylight which is an experience you do not want to miss.

The hike on Mountain Bisoke

The Bisoke Mountain also rises to 3700 meters above sea level in height and it is commonly known because of the large Crater Lake that is fount at its summit. The Mountain is covered with different types of vegetation like the bamboo trees forest and other montane trees found in the area. Compared to other hikes, it is a bit easy although due to its strange elevation, you will find a few steep routes as you hike up the Mountain.

You will have a tour guide as you hike up the mountain and it will take you roughly three to five hours to ascend the Bisoke Mountain.

The Hike up on Mountain Muhabura

Mountain Muhabura can be accessed from either Uganda or Rwanda and is found in the Virunga Mountains. It will take you almost one hour to access the Muhabura and the hike up the Mountain will take you a day to complete. It is the second highest peak in the Virunga and you get to enjoy a swim in the Crater Lake that is found at the summit of the mountain.

The hike to Russumo Falls

The Russumo Falls are located between the twin lakes of Burera- Ruhondo which are found in the volcanoes. The hike to the falls takes almost three hours and you will pass through impressive valleys filled with montane forests before you come across the beautiful falls. The hike is best done in the mornings and you will be able to see the various bird species in the area like the pink backed pelican, long crested Eagle, paradise flycatchers and many more others.

Fossey is known to be one of the firs people who dedicated her whole life into preserving the life of the almost now extinct Mountain Gorillas. She settled on the slopes of the Bisoke mountain in 1967 and lived there for over 18 years before she killed by the Twa poachers who hunted the mountain Gorillas for food. She was buried in the same area and her grave is located in the Dian Fossey camp where other people have dedicate their lives into also saving the mountain Gorillas.

The camp is also known as Karisoke and the hike is not that tiring as it rises to an altitude of 3000 meters. The hike normally starts from the headquarters of the Volcanoes Park and it can take roughly three hours. You will be able to see the different gorillas in the area and other primates including birds as you hike up the camp and when you get to the camp, you will be able to see what Fossey dedicated her life for.

The hike on Ngezi Lake

This is considered to be the shortest hike in the volcanoes and is located at the bottom of Mountain Bisoke. The Ngezi trail takes three to four hours when hiking and on your hike you will see various bird species, the Crater Lake, monkeys and other primates. The hike is usually accompanied by a trained tour guide who will tell you all you need to know about the place.

Buhanga is a sacred forest which is extremely important to the Rwanda people. The local people who lived in the area refused to cut down any trees in the area because they believed it to be a home to spirits. The forest is believed to have different dimensions depending on the weather, light and year and it is said that it changes color too.

A hike in Buhanga will have you see the different types of butterflies, he various tall uncut trees, bird species and a few animals which will add color and adventure to your hike. You can take as many photos as you want but remember that cameras with a flash are not allowed.

When most people come for hike in the volcanoes, their main aim is to see the various Mountain Gorillas which can only be seen in the area and all this can be done in the volcanoes national park, near it or around it since it is covered with various trails fit for hiking.

You should be well equipped when it comes to hiking the volcanoes and some of the requirements that are need for this hike include the following:

Snacks and water are extremely important as you will find no place to buy them from as you hike. And remember that the hike is tiring so you will need them in plenty so that you do not starve on your way up the Mountain.

These will help keep you warm ad keep off the mosquito and other insect bites from your body. They also help keep the scratches from the tree branches minimal to your skin and do not forget to put on dull colors because Mountain Gorillas are irritated by bright colors.

It is extremely hard sometimes to see various primates and other animals as they go into hiding sometimes and that is why you need binoculars to help you spot them and a camera plus extra batteries for photos.

Normal shoes cannot go up the hike and therefore you will need to acquire hiking boots which will help you hike properly with minimal slipping. The rain jacket comes in handy due to the unpredicted weather change. So it is safe to carry it just in case it rains throughout your stay.

It might become too hot and you will need protection from the sun so it is safe to carry a wide brimmed hat and sunglasses. The garden gloves help when hiking and they can be sued to hold onto tree branches so that your palms are not affected since some trees have thorns on them. 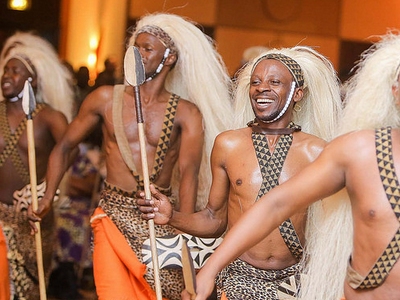